These tips on chess etiquette will make a big difference at your next chess tournament, or even just playing for fun with some friends. 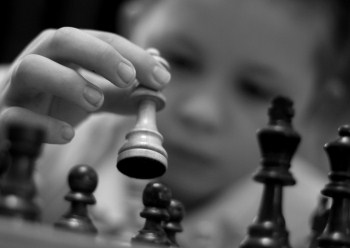 I once heard (not sure if it is true or not) that the reason why chess was created was to teach a lesson about a monarch type government. In chess, the central piece is the king. You are trying to capture your opponent's king. The lesson chess teaches is that even though the king is the central piece, he is nothing without the rest of those that surround him.

In and of himself, the king is limited in what he can do. With the assistance of everyone else, they become a powerful force to be reckoned with.

As a kid, I joined a chess club in junior high school and that is where I learned the fundamental basics of chess etiquette. Here are some of the rules that I learned that will help you play with others.

The general rule for chess etiquette is be polite and respectful for your opponent. Chess is not a game where you will talk or converse with your opponent during the match. It is a game that requires silence, concentration and thought. The more you remember this point, the better the game will be for you and your opponent.

Always play with the "touch move" rule. This simply means if you touch a piece, you are required to move it. It is considered poor etiquette if you are touching a lot of pieces and not moving anything. Some people think you are trying to cheat and shift a piece without taking your turn. 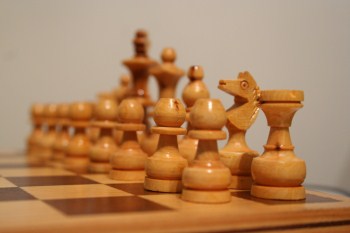 And that brings up another important point. Never touch your opponents pieces. The only time you should ever touch their piece is if you are taking the piece.

When you take your opponents piece, do not knock the piece over. Although this may seem silly, opponents take that as a sign of disrespect. Simply remove the piece from the board instead of knocking it over. The other reason why this is so important is that an opponent can concede the match by tipping their king over. Since this is a sign of giving up, it is equally rude to knock their pieces over when taking it.

It is also considered rude to show emotion (either positive or negative) during or after the match. Excessive cheering on a victory or anger after defeat shows a lack of sportsmanship.

If you are playing a match with a time clock, do not slap the button. That gets to be very annoying after a few turns. Simply press it and let the quiet atmosphere reign during the match.

These are the points of chess etiquette I have learned over the years and wanted to pass them on. Chess is a fascinating game and I love strategic games.


Back from Chess Etiquette to Manners Home

Back from Chess Manners to Sports Etiquette