What is courtroom etiquette? It has to do with your behavior in the courtroom and how you treat others. Even though this is a place with very little respect for other people, you can rise above this and show your class in a location where few people have it.

I remember being summoned for jury duty and I was very nervous about attending. Everyone told me that the case would likely be dismissed or that they would settle, or that I would not be picked for the jury.

Well, I proved everyone wrong!

I was selected for the jury and got to participate in the legal process. Even though the subject matter for the trial was difficult (sexual assault of minors), I learned a lot and I thought it would be valuable to pass some of that information on to all of you.

I noticed that they are things that pertain to courtroom etiquette from the perspective of the jury, the attorneys, and those watching the proceedings. 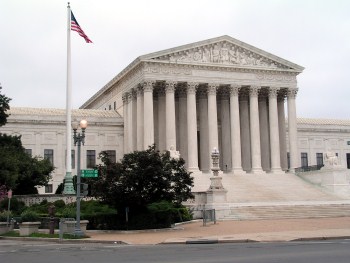 The first part of proper etiquette for the courtroom is to show up early. In my group, there were a handful of people that did not show up on time and those names were turned in for warrants. I would suggest being early so that traffic, or anything else would not prevent you from being where you are supposed to be, when you are supposed to be there.

I would expect everyone to know this, but you should be impartial. If you have strong feelings about the topic or cannot be impartial, then you should let them know so that they can exclude you from the jury selection.

One of the things I learned is that the jury's decision will have a lasting effect on those involved in the legal case. You owe it to them to put personal feelings aside and focus on the evidence (or lack thereof) at hand.

When deliberating, you must remember and review the facts at hand. You are not required to agree with the other jury members. If you have questions in your mind, ask them and talk through them as a group. It is critical to make your decision based on the facts.

One of the best rules of thumb for a juror is only speak when asked to do so. It really makes the wrong impression on people if they think you are there for social purposes.

I would imagine that this is not news to you, but proper courtroom etiquette requires you to be prepared to assist your client. Why do I say this?

The defense attorney on the case I saw was poorly prepared. His defense was so poor, that the prosecuting attorneys had to do very little to make their case seem effective.

The defense attorney also spent time attacking the judge and that did not go well either. The judge ended up telling the defense attorney that he was wasting everyone's time and should not call any other witnesses. It got pretty ugly pretty quick. 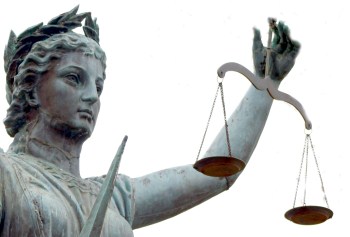 For those watching the court proceedings, the best rule of thumb is to be silent and respectful.

During the case I saw, there were many family members that were coming in and going out. Also, as the jury's decision was read, there were many people that started crying and leaving the courtroom.

Under the circumstances, I understand the emotion and feelings that they must have had as the guilty verdict was pronounced. However, it was a distraction that became uncomfortable for everyone else in the courtroom.

I hope these ideas on courtroom etiquette will help you make the right impression and allow justice to prevail.


Back from Courtroom Etiquette to Manners Home

Back from Courtroom Manners to Social Etiquette