Why is office party etiquette important for your career? I have seen people ruin their careers at an office party because of inappropriate behavior.  If you act appropriately, you can use these events to further your career. Here's how...

The bottom line is to remember that this is a company function. Even though it is a party, you need to observe the same rules that you would if you were in the workplace. Some people believe that their actions are not noticed or important. This couldn't be further from the truth. 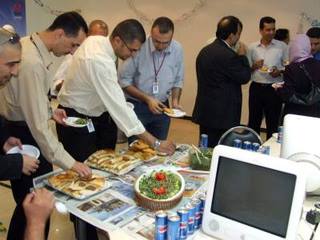 Remember not to drink excessively. This is the number one reason why people make foolish decisions at a company party. Office party manners says that you should limit your drinking, even if there is an open bar.

Alcohol is one of the major reasons people do foolish things at a party that destroys their career. Let me give you an example...

At one place I worked, they had an annual awards ceremony. There was an older lady that had been invited to the party (non-employee) because she was going to do some consulting work with the company and the CEO wanted her to meet the people that she would be working with.

At the party, she had too much to drink and lost control of her actions. She was touching people inappropriately, saying things that she shouldn't, and dancing on tables. Did I mention that she was over 60 years old?

No one wanted to work with her after that experience and it totally destroyed her professional credibility. That was a mistake that she could not overcome regardless of how talented she was when she was not drinking. 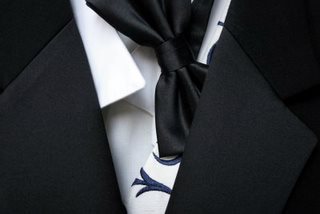 The lesson here is that you need to keep it to a minimum. Nothing can ruin a career faster than inappropriate actions because of too many drinks.

Make sure that you socialize with people at the party. Office party etiquette says that you should say hi to all of those that you work with. Saying thank you to the owner of the company is also a nice gesture.

Just to make a great impression, I like to send a thank you note or thank you email to the person/people that organized the party. Very few people show their appreciation to the people that put the work into the event. This is one way to make a fantastic impression.

There are many people that do not like to attend the company party and so they avoid it. Even though you may not like social events, people do notice when you are not there and it will hurt you. I recommend that you make every effort you can to attend.

I always like to "dress to impress" at these events. You do not want to be the person that is the most under-dressed. Make the impression that you are classy, and that is how people will remember you.

I hope these office party etiquette ideas will further your career because you made the right impression on your co-workers.


Back from Office Party Etiquette to Manners Home

Back from Office Party Manners to Party Etiquette