Proper tip etiquette is one of those things that is widely misunderstood. After all, there really is not a "standard" for what the proper tip should be. It seems to be different in every situation. So, let's cover some basic tipping etiquette and then we will get into some ideas for specific situations.

One of the first things to remember about tipping people is that giving a tip is not a requirement. The whole concept of a tip is to let someone know that you appreciate the way that they served you and treated you. 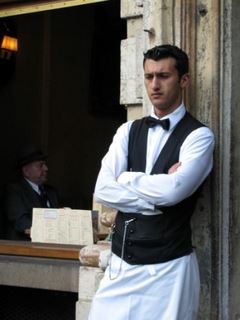 With that being said, you must also remember that some of these professions rely heavily on tips because their base compensation is next to nothing. Our normal recommendation is that if the service is sub-par, you might want to start at the low end of the tipping range rather than not leaving one at all.

Even if the service was terrible, I will leave something because I know their income depends on it. I know people that will not leave a tip but I feel too inconsiderate if I do that. This is just a personal thing.

Make sure that you carry some dollar bills when you are traveling or in a situation where you will be tipping. You want to have it ready and available.

You also don't want to be in a situation where you have to ask for change when giving a tip. If you give them a large bill and ask for change, it can leave them a little depressed. You hand them a larger bill, they thought they were going to receive it, and then you ask for change. It is almost like getting their hopes up and then crushing them.

At a restaurant, proper tip etiquette states that you should leave a tip in the range of 15-25% of the total bill. There are times I have done more than that if the waiter or waitress was exceptional. If they make the dining experience better, I want to reward them for that.

When getting your haircut, I recommend giving a tip of $3-5. If you are having some extensive work done on your hair (coloring, perm, etc.), then you would want to leave more as a tip. 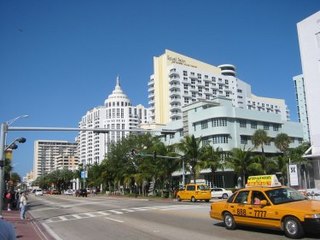 For a taxi or shuttle service, a tip of 10-15% of the total fare is appropriate. If the driver also handles your bags for you, then a tip of $1 per bag is also very common.

In a hotel, tipping manners would suggest that you leave a $1-3 tip for the room service people. For this tip, you should do it each night you stay because the cleaning staff typically changes from one time to the next. You need to leave it in an envelope that is clearly marked so that they are aware that the tip is for them.

If there is a bellman or someone that helps you with your bags, it is appropriate to leave them a tip of a couple of dollars for their effort.

I am sure that there are other situations that might require tipping, but these are the ones that I run into most frequently. I hope these tip etiquette ideas will make these situations easier for you.


Back from Tip Etiquette to Manners Home

Back from Tip Manners to Social Etiquette