Victorian Etiquette - Your Etiquette Was Equal To Your Social Status

Victorian etiquette principles are widely not followed in our day and age. However, the rules and ideas associated with Victorian manners are good to review even though it is no longer "modern." Sometimes, looking back gives us ideas on how to improve things going forward.

It used to be that your etiquette defined who you were. It was a symbol of your education, your social status, and your level of sophistication. If you did something that was inappropriate, then you were likely the topic of gossip.

There were very strict rules that were associated with Victorian etiquette for both men and women. 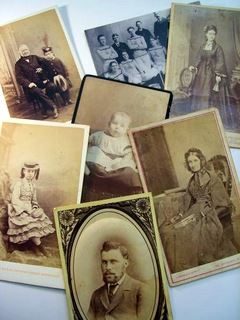 When a lady came into or left a room, it was expected that all of the men would stand up to show their respect. That is something that is rarely seen today.

Women were to always display their best etiquette at all times. Not only would they be talked about if they didn't, but men would not marry a woman that acted inappropriately. Their etiquette also defined their marital status. It defined who they were as a person.

If you were wealthy, your manners and etiquette were a sign of your higher stature in society. This is a really interesting idea because if you look at the core of Victorian manners, it was all about treating other people the right way. In our society today, many wealthy people or celebrities are so self-centered. There has been a huge shift from these traditional values.

It was expected that you would be humble at all times. Arrogance was frowned upon.

In fact, in many cases, if you had bad manners, you would have been an outcast in their time. No one would have wanted to be seen socializing with them.

Chivalry was very much alive and well. Men were expected to open doors for ladies, carry heavy things for them, and think of their needs first. At least there are some men today that still abide by these principles.

The way that you were dressed and groomed also played a large part in your Victorian manners. When you were in public, you were to be well dressed and properly groomed. That includes attending breakfast!

I think about today when people leave their house in sweats or pajamas and it is socially accepted.

I think it would be great for society as a whole to return to these values. Victorian etiquette was all about thinking of others and doing what was right. I think it would help us get out of our pride and egotistical attitudes that are so prevalent today.


Back from Victorian Etiquette to Manners Home

Back from Victorian Manners to Social Etiquette